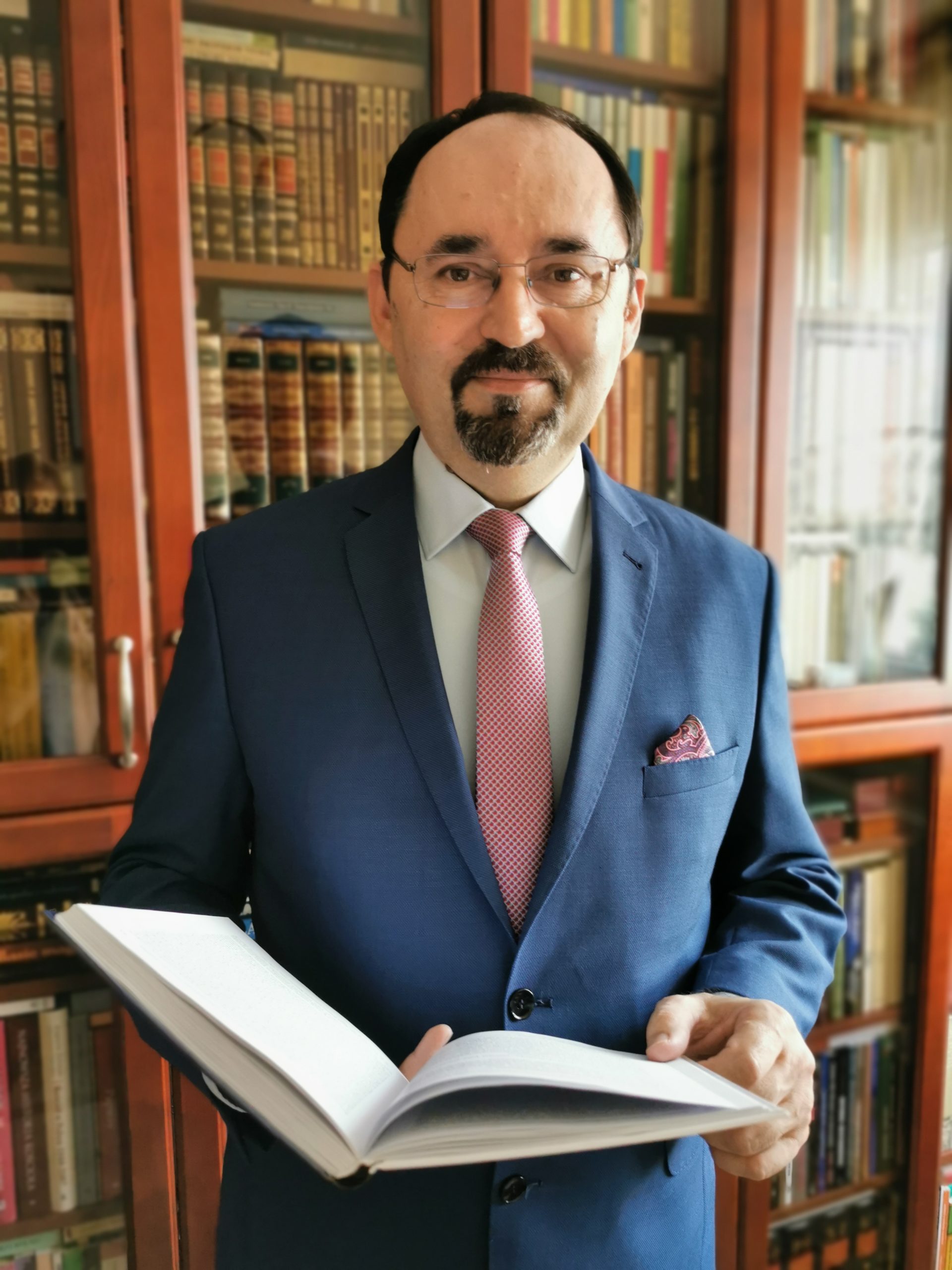 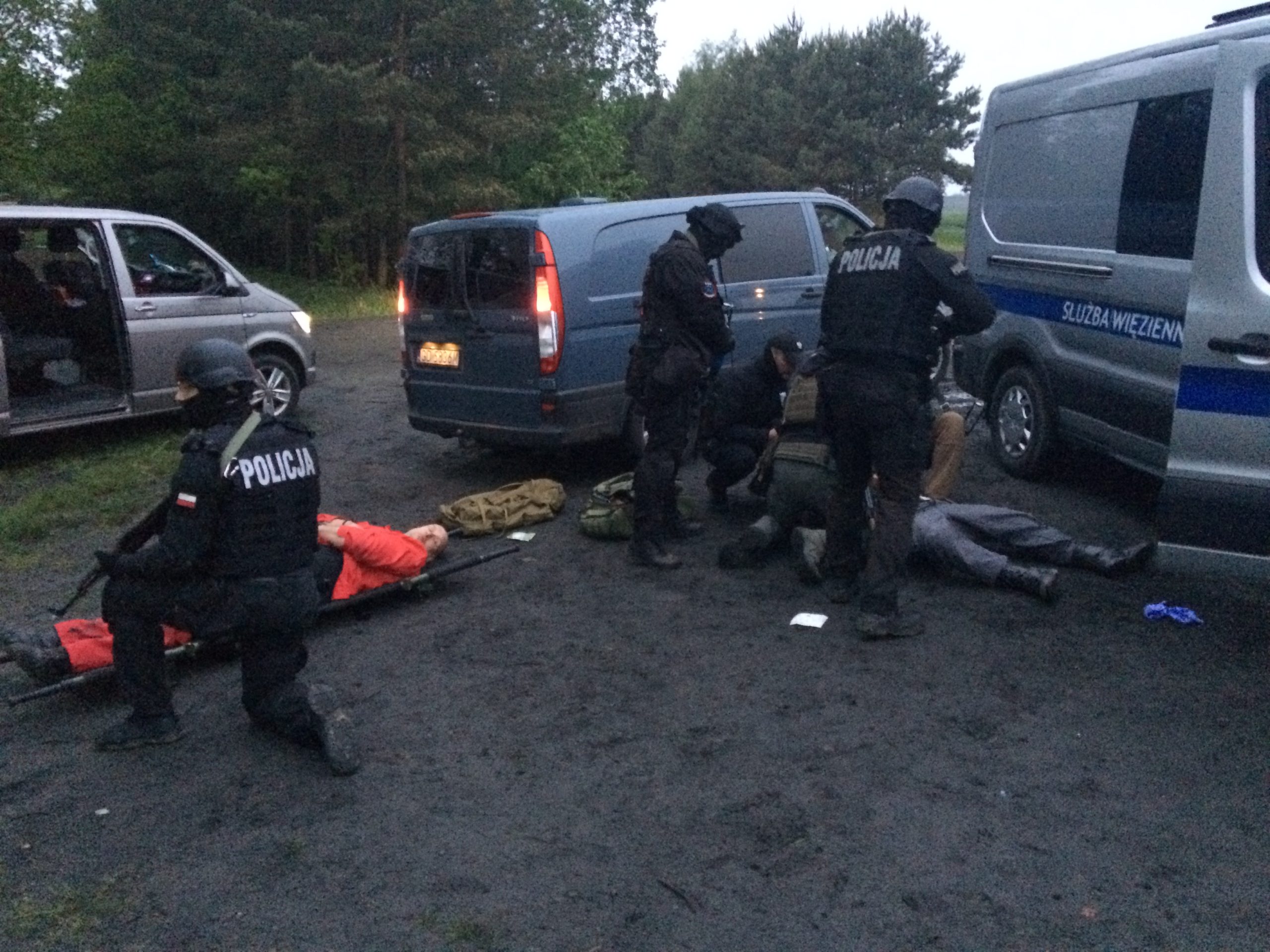 Summary of the impact description

In considering the issues of public safety, an important place is occupied by the area devoted to the cooperation of services whose tasks include securing the society against all kinds of threats. It should be assumed that one of the basic premises for organizing security entities is the socially aware level of threats. The main challenge facing security entities remains ensuring stability, which is the basis of order. There is no doubt that building an effective and coherent system of public safety requires greater cooperation and integration of entities. Ensuring public safety requires undertaking multi-sectoral activities between institutions, services and guards.

The University of Justice places great emphasis on the implementation of scientific activity in the face of the needs of contemporary challenges and threats. Cooperation between all actors of the safety system is an important element in creating a coherent and well-functioning mechanism for public safety. Inter-institutional cooperation undertaken in a wide range of activities of the University, University Institutes and the researchers themselves is treated as a priority and all activities in this area are well thought-out and aimed at obtaining practical results. The procedures developed during the meetings and trainings are then verified and, as a result, implemented in the structures of activities of individual services, institutions and guards. The exchange of experiences between security actors means that, following a crisis situation and the need to cooperate and implement actions, given reactions are more accurate, faster and more effective. In view of the above, the University of Justice carries out a number of tasks and activities aimed at improving and increasing public safety by tightening inter-subject cooperation in the security system.

Characteristics of the main research findings

Tactical Prison Rescue is a cyclical National Tactical Rescue Competition and Workshops for Intervention Groups of the Prison Service. According to the principle “we prepare the best for the worst and every life is the most important to us, no matter which side of the bars you are on” special units subordinate to the project are involved in the project The Ministry of Justice, the Ministry of the Interior and Administration and the Ministry of National Defense. In addition to fifteen Intervention Groups of the Prison Service, there are officers of the Central Police Investigation Bureau, Central Anticorruption Bureau, Independent Counter-Terrorist Police Sub-units, Airport Security Department, Border Guard, Military Gendarmerie, State Protection Service, soldiers of the Military Academy of Land Forces, Airborne Battalions, and Military Airborne Battalions. to train, learn about new solutions and implement current procedures.

As a result of the need to combine practice with theory, the University of Justice decided to combine both these aspects by organizing a scientific conference with all participants of the competition and invited guests on the eve of the event [R1].

The process of cooperation between security entities is undoubtedly a difficult undertaking that begins with proper management and management of appropriate resources. Management in the military nomenclature is perceived as a command which, systematized in a certain process, must, to a large extent, meet all standards of safety and effectiveness of actions taken.

Command is a process that must be carried out more or less continuously; conscious and aiming at achieving the assumed goal. The need to command (learn to command) arises from the size, complexity, and variety of the threat, which often occurs suddenly and unexpectedly. The highest form of achieving the assumed goal
in actions is the correct perception of command strategy, the ability to anticipate situations and adapt adequate resources. The need to shape such attitudes also occurs in the Prison Service, to which the postgraduate program in the field of “Commanding Special Operations” is mainly directed.

The University of Justice, in the face of a noticeable problem in the subject of the use or use of means of direct coercion and firearms, has focused on the above-mentioned problem and with the participation of other entities (mainly services) is trying to develop the issue and by analyzing the events that have occurred, it implements proposals for changes in a given subject [R2]. It should be noted here that the research is focused mainly on the ultimate measure of direct coercion, i.e. firearms, and the proposed training solutions are adapted to other services. SWWS not only proposes, but also tries to implement solutions of other services (Police and Army) in its structures, adjusting them to the requirements of contemporary threats in the area of ​​public safety [R3].

Not without significance is also the expert activity of the academic staff of the University of Justice, who have significantly contributed to shaping public safety by participating in various types of projects, such as the Strategic Security Review or Strategic Defense Review, as well as the preparation of proposed directions of changes in the organization and functioning of the National Forces. Reserve, creating structures of the Territorial Defense and extensive activity for pro-defense organizations in the creation of the social base of national security.

The wide-ranging activity of the Institutes as well as individual academic staff of the University of Justice has contributed to the tightening of cooperation between security entities as well as to the exchange of experiences in the area of increasing public safety. All works are focused on the implication of proven solutions, implementing new procedures and organizing further activities in the field of cooperation and integration of services.

The University of Justice is not only a scientific activity, but also all work to ensure safety for society. Raising the level of public safety is undoubtedly the most important issue for the individual and social groups. Therefore, the university, in order to increase the accuracy of its scientific inquiries and to fix them in a practical dimension, establishes close cooperation with security entities.

The cooperation at the international level is carried out by the University of Justice through activities as part of the European Penitentiary Training Academies. The presidency of SWWS in this undertaking significantly influences the directions of development of the entire organization. The university, together with international partners, implements training and educational projects for penitentiary entities, thus contributing to increasing the awareness of work in the prison environment [S1]

Other evidence of the exchange of experiences are the activities with numerous security entities. The main areas of cooperation with the Polish Hunting Association are the safety of shooting ranges in terms of administration, law and practice, regulations in terms of shooting range regulations, joint training in first aid, safety in the use of firearms and other topics that have a measurable impact on increasing safety in society . The State Forests is another security entity that has almost 30% of the territory of Poland in its jurisdiction. It requires constant supervision and constant care and activities to ensure the safety of areas as well as people who are in this area. Therefore, under the agreement, the university tries to find solutions for the use of the Forest Guard’s potential in shaping public safety [S2]

The university also carries out a number of expert opinions in the area of cooperation between security entities, which measurably and directly reduce the risk among the society [S3],

The modern security environment forces the need to look for new approaches and non-standard solutions. These issues constitute an area of cooperation between the Government Center for Security and the University of Justice [S5]

No.
Title of proof of contribution
Type
Brief characteristics
The author and his team
S1
Presidency of the Academy of Justice in EPTA
The presidency of the Academy of Justice in the European Penitentiary Training Academies influenced the direction of the organization’s development. Throughout the term of office, the Academy was part of the EPTA Steering Committee, implementing training and educational projects with international partners for penitentiary personnel, contributing to increasing the awareness of working in prison and probation.
Tomasz Kośmider Prof., PhD with habilitation , Leszek Kołtun PhD ,
S2
Cooperation of uniformed services in the rescue dimension – expertise carried out for the Polish Hunting Association. Using the potential of the Forest Guard in shaping public safety
expertise
Tomasz Kośmider Prof., PhD with habilitation , Piotr Baczar PhD , Robert Nowacki MA ,
S3
Access to firearms in Poland in the context of challenges and threats to public safety – expertise carried out for the Ministry of Justice
expertise
Tomasz Kośmider Prof., PhD with habilitation , Piotr Baczar PhD ,
S4
Nationwide tactical rescue competitions and workshops of Intervention Groups of the Prison Service “Tactical Prison Rescue”
Warsztaty
Contemporary threats force the uniformed services to cooperate effectively. According to the principle “we prepare the best for the worst” professions are aimed at coordinating activities between various services and creating inter-institutional procedures for responding to a threat.
Leszek Kołtun PhD , Grzegorz Kostyra MA , Piotr Baczar PhD ,
S5
Agreement between the Government Center for Security and the Academy of Justice
Porozumienie

The safety conditions, both in terms of structure and personnel, impose the necessity to conduct extensive research. The contemporary environment forces the necessity to search for new solutions at the institutional and scientific level. These issues constitute an area of ​​cooperation between the RCB and the SWWS.

SCOPE OF THE IMPACT

IMPORTANCE OF THE IMPACT